A constitutional amendment defining marriage as only the union between a woman and a man was approved by North Carolina constituents on May 8, 2012. It was later overturned by the US Court of Appeals for the Fourth District. The Court of Appeals

was the second federal court to rule on same-sex marriage bans.

The North Carolina Psychoanalytic Society issued a statement against Amendment One. Conversations with people who have talked about the devastating impact the amendment would have on North Carolina families spurred the statement. These families that would be affected by such an amendment share the same struggles and strengths that all families have.

The Society felt the amendment would have been just as inappropriate as officially and publicly declaring family values, race, or faith as wrong because of a majority vote of neighbors and fellow citizens. Read more about the Society’s view on this link.

The NAACP saw the amendment as a Trojan horse trick. Secret documents from the National Organization of Marriage were unsealed. The documents revealed a strategy behind the amendment. The 2009 report said the project’s strategic goal was to put a wedge between blacks and gays. These groups are key Democratic constituents.

A search for African American spokespeople for marriage was conducted. NOM planned to equip, connect, and energize the group and develop a media campaign centered on gay marriage objections. The hope was that gay marriage-based individuals would denounce these spokespeople as bigots. Politicians will avoid taking up and pushing an issue that splits a party’s base. Learn more about the NAACP’s take on the issue here.

The Winston-Salem clergy has a broad denomination spectrum with different views on marriage. They stood united in their opposition to Amendment One. The opposition stemmed from a common belief that the amendment contradicted religious principles. In their opinion, the amendment was poorly written. Religious leaders are well aware of the power language wields in creating reality. The amendment did not change the legality of same-sex marriage in North Carolina. It would have created other unacceptable and unintentional realities.

The cleric group felt discrimination was being enshrined in the state constitution. Jesus taught mercy, economic equality, and inclusive community. The religious leaders felt compelled to do the same. Read more about their opposition to the amendment on this website. 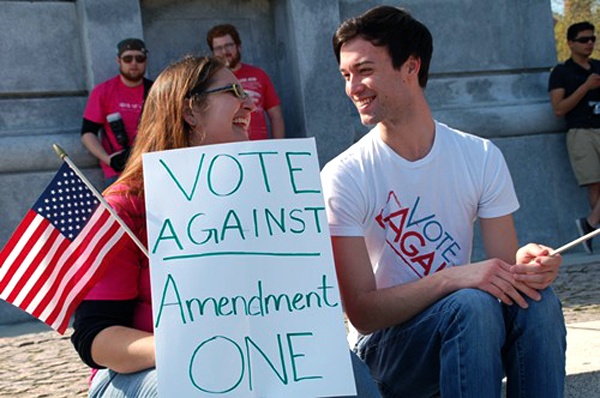 A Democrat, Representative James Crawford, was one of 10 House members who voted to put Amendment One on the ballot. Before Election Day, he had a change of heart. He responded to an angry constituent’s opposition to a constitutional rewrite that threaten

ed protection of all the state’s unmarried couples. He said he submitted amendment drafts but did not favor the version that appeared on the ballot. He felt the bill went too far.

Alex Miller, the co-chair for the Campaign to Protect All NC Families, felt Crawford’s change in position was a reflection of a significant shift in support and sentiment of the amendment. Read more about the positions held by these men here.

The consequences the amendment would have had on North Carolina communities, families, and children were reasons Senator Kay Hagen gave for her opposition. She felt Amendment One would cause economic harm. Businesses had shared fears about competing with states that had not passed such divisive legislation.

Station WRAL could not find a C

EO willing to speak for the amendment when it was preparing a documentary. Senator Hagen took part in a video presentation against the amendment. WRAL underscored the video as clearly reflecting everything at stake. Loved ones, neighbors, and friends would have been impacted. WRAL’s views are expounded upon in this article.

Often legal scholars are not unanimous in their opinions of complicated issues. After studying Amendment One, a unanimous conclusion was drawn. Family law experts, from every North Carolina law school, voiced opposition to the potential and certain harm posed by the amendment. Any capacity for legal recognition of couple relationships not consisting of a woman and a man would have been barred. Certainty of adverse impacts for unmarried couples was presented. The untested and vague language of the amendment could have led to more harmful outcomes. Unmarried partners may have lost health care benefits. Unmarried women and children might have lost domestic violence protection Other concerns of the legal professors are expressed on this link. 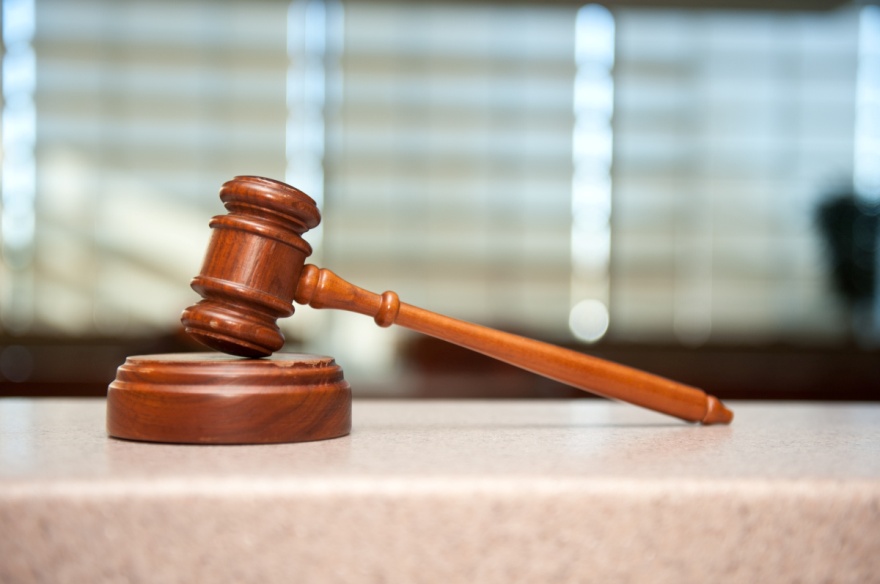 Positive Thinking
Guide to spirituality
Positive Affirmations
Increase Your Discipline
Youtube Best Meditation Techniques
Video about the law of attraction
How To Deal With A Breakup
what women want in guys
how to get a great girlfriend
How To Stop Caring What Others Think Video
Goal Setting Guide
Guide to Visualization
Guide to dealing with depression
video about the secret
Communication skills mastery
How to not be lazy
How To Be Funny
Mindfulness Meditation
Self Actualization
Video: how to study

What It All Means

Amendment One was passed and

then overturned. The current status of same-sex marriage in the US remains in a state of flux. The US Supreme Court chose not hear cases on same-sex marriage on October 6, 2014. That decision means five states Wisconsin, Virginia, Utah, and Oklahoma can be added to the list that allows same-sex marriage. Same-sex marriage was struck down in Idaho and Nevada by the US Circuit Court of Appeals on Oct. 7, 2014.

The bans have been upheld in Tennessee, Ohio, Michigan, and Kentucky. The US Supreme Court agreed to hear these four cases. The decision is expected any day. The anticipated ruling is one in favor of same-sex marriage. If that decision does not come down, many will have similar concerns as James Hinson-Nolan, who lives in Indiana cohabitating with his fiancé. Marriage in Indiana would mean they could not live in Tennessee where his fiancé is a resident physician and needs to reside there.

Staying current on the issues is important. These links offer some insight.

On September 13th, the North Carolina Legislature proposed an amendment to the Constitution that would ban legal recognition for all unmarried couples, strip protections and benefits from families across our state, hurt our business climate and economic development and put our children in danger. We are a coalition of groups, individuals and families dedicated to defeating this amendment at the polls on May 8 and protecting North Carolina from the harms it represents. Join us.

“We speak up now AGAINST Amendment One because we understand up-close, in our work talking deeply with good people about their lives, what a devastating impact this proposed amendment to our State Constitution would have…”

State Board of Education Passes Resolution Against Amendment

The News & Observer picked up on the story of the State Board of Education voting against support of harmful Amendment One today.

NC NAACP makes remarks on alleged comments made earlier today by supporter of discriminatory Amendment One and the cynical puzzle of race-based political agendas and money behind Amendment One.

The Coalition to Protect All NC Families reported today that it has raised over $2.2 million, with 80 percent of individual donations coming from North Carolinian citizens.

Winston-Salem Clergy Against Amendment One

STATEMENT: As Christian clergy from a broad spectrum of denominations, and with differing understandings of marriage, we stand united in opposition to North Carolina’s Amendment One.

NC NAACP Rolls Out Statewide Media Campaign to Expose the Truth About Amendment One
Through radio, mailers, robocalls, brochures, and ads in African-American media, the NC State Conference of the NAACP hopes to educate voters about the harms of Amendment One.

Legislative Champion for Amendment One Says He’ll “Vote Against”

In a stunning reversal, Rep. James Crawford, who voted to put Amendment One on the May 8, primary ballot, publicly admitted that he, himself would now vote against the broad constitutional rewrite. “I will definitely vote against it because I think it goes to far,” Crawford said.

NORTH CAROLINA FAMILY LAW PROFESSORS SPEAK OUT AGAINST AMENDMENT ONE

In a statement released yesterday, Family Law experts at every school of law in North Carolina spoke out against the certain and potential harms posed by Amendment One. State Representative Rick Glazier and State Senator Josh Stein, both practicing lawyers, released the statement.